Manly – Where it’s all gone wrong this season 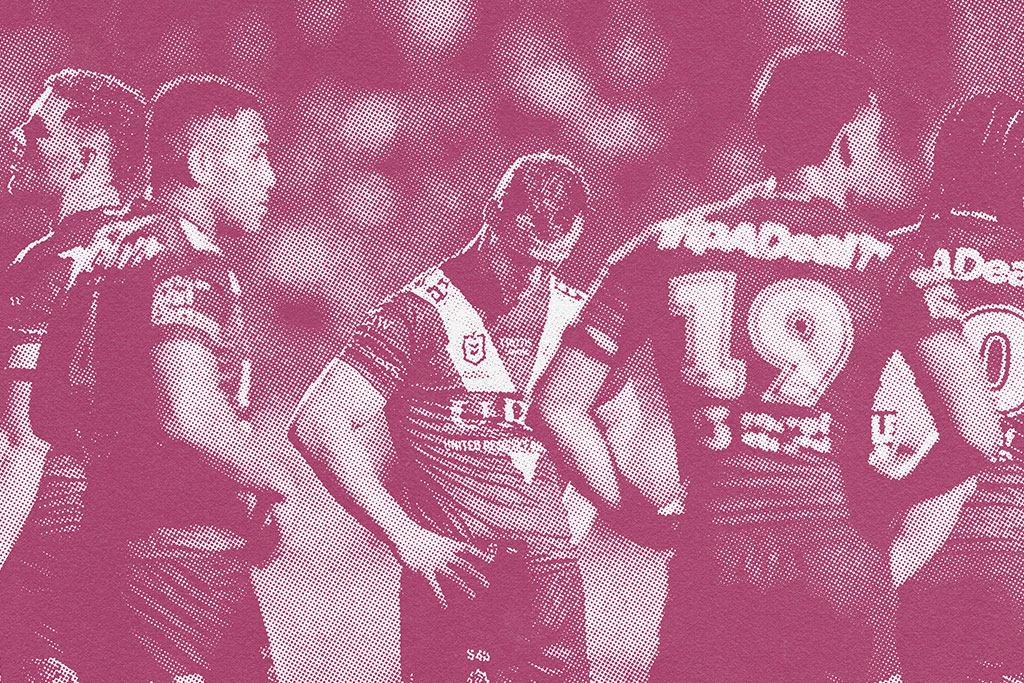 As a passionate and willing fan, I purchased a membership this year (when crowds were banned from the grounds). I wanted to help the club stay afloat during the COVID crisis. If nothing else it shows that I love my Sea Eagles just as much as any other supporter does, if not more!

I was fortunate enough to be in the stadium in 2008 when we put 40 points on the Storm in the Grand Final. Then again in 2011, when we triumphed over the much-supported Warriors.

I have been blessed to be absolutely intoxicated on the highs this club can give you. But the lows of this season have been felt like losing a family member. As somebody who cares and would give an arm or a leg for the club, it’s an incredibly depressing sight to witness.

It’s been a tough year, to say the least. From injuries and suspensions, right through to players being unfit to pull on the historic maroon & white jersey, here is why Manly have had none of their magic this forgettable campaign. It was a struggle writing this, but ultimately, it had to be done.

Results on the field are what defines a team’s season 90-95% of the time. And come the full-time siren for a lot of Manly’s games this season, what’s reflected on the scoreboard has most definitely not been a pretty sight.

Starting off in RD1 at Lottoland, Manly looked lethargic and tired in a sorry 14-point loss to arch-rivals Melbourne. Then fast-forward to RD4 in Parramatta vs Parramatta, a shocking forward-pass call on what should’ve been the match-winning try in the 80th minute. This meant that the Sea Eagles had to travel back home on the back of an agonising 19-16 defeat.

That last one really ached for both the players and the fans!

Three matches later, Cronulla of all teams whooped them on the Central Coast. They piled on 40 points, in an 18 point-thrashing of their Beaches Rivals.

The very next match, a Ponga penalty goal was all that separated Manly and Newcastle in a 14-12 loss at Brookvale.

Then it was a 30-point thrashing at the hands of the struggling Dragons in Kogarah. Manly was terrible in this clash and had no answers to match or stop the likes of Dufty and Hunt.

Then came the most humiliating point of the season, just two weeks ago, in RD15. Manly trailed South Sydney by 38 points at HT. That right, 38 POINTS! That’s Souths biggest ever HT lead in 100+ years of playing in the NRL. Manly would end up losing 56-16. I mean atleast the second half scoreline was only 18 – 16 in Souths favour. That’s something we can hang onto right? Forget the 9 tries Souths ran in that Manly on had  36% possession of the ball. At least the second half was close…

And then on the Sunshine Coast last weekend in RD16. Melbourne beat them quite comfortably, 30 points to 6.

Some of Manly’s results this season have been absolutely dismal and that has contributed to their shocking season.

An unfair amount of injuries and suspensions

To put this all into context, Manly has played 16 games so far this season;

Des Hasler rarely, if ever able to play a full-strength starting side this campaign. And, just by looking at the list above it’s no wonder, Manly has struggled this season.

We all know how this went down. After Manly’s devastating defeat to the Eels, he called the referee “A f***ing spastic”. He proceeded to get suspended swiftly by the NRL, with Peter V’Landy’s coming down hard on him. And rightfully so. But one can only imagine the mental and physical pressure Fonua-Blake’s stupid and unnecessary outburst would’ve brought on the club and in particular, the players.

For the club itself, it brought a lot of negative and un-needed media attention. Manly’s name was dragged through the mud, despite the club making a statement in support of the referee’s. And despite his apology later during the saga, the damage had already been done.

Manly’s squad had already been stretched pretty thin. Then with the loss of one of their best forward’s and the added media scrutiny would have made it difficult just to focus on playing footy.

Players make mistakes all the time, but this is one was pretty egregious. And it had to have a negative impact in the change room.

Not fit to pull on the jersey

The first, Fonua-Blake. Looking at the stats, Fonua-Blake averages 173m’s per game. He also has an insane tackle success of 98%. That’s right 89% he’s missed 8 tackles all year (335/343 tackles). He gets an average of 2.5 tackle busts per game and as a nice bonus, he has crossed the white line for 3 tries this season.

However, his behaviour certainly warranted a sacking from the club. And as mentioned above became a huge distraction off the field for the rest of the group. That’s not what Manly is about, or who it represents. And you have to ask yourself. If he wasn’t such a dominant player, would he still be wearing the Sea Eagle on his chest?

Mind you I strongly believe he should’ve never even been employed at Manly, to begin with, given his horrible history off the field, even prior to his arrival at the club.

The second is Rueben Garrick. And I’d like to start by asking this question. How the hell is he a first-grader at Manly? Or anywhere for that matter?

Garrick in a winger. And, one thing we like to see from wingers is try-scoring ability. Garrick has only managed to cross the line 3 tries in 16 games. Sometimes if a winger is going through a try-scoring slump it’s because he’s assisting his teammates. Garrick has 0 try assists. But maybe he’s breaking the line and his teammates aren’t supporting him? I asked myself that too… he has 3 linebreaks.

He’s also our main goal-kicker. He owns a 72% success rate on conversions. Well, below even an average fulltime NRL goal kicker.

He’s given away 6 penalties this season and made 21 errors. I’ll just leave that there. And he’s not the only player at Manly impersonating a professional 1st-grader either 👀.

Painful, depressing, poor, saddening, and pathetic are just a few of the words you could use to summarise Manly’s miserable campaign so far. But that’s just how it is, unfortunately. If it could’ve gone against them this season, then it most definitely already has. With their finals hopes all but extinguished courtesy of Melbourne. Now is the time for Hasler to blood lots of youth and to see who is worth keeping into next season and beyond.

Keep those heads up Manly, you’ll hopefully be all the better for it next campaign.